Beautiful, clean and green, Rwanda is known as the “land of a thousand hills”.  It is a small, land-locked country located in East-Central Africa, bordered by Uganda, Tanzania, Burundi, and the Democratic Republic of the Congo. Rwanda has a population of about 13.5 million people of whom 60% are under the age of 25. The majority of the population are subsistence farmers, but tea and coffee are grown for export. Tourism is one of the fastest-growing economic resources and became the country's leading foreign exchange earner in 2011.

Rwanda is an emerging leader in global environmental governance and is party to 18 Multilateral Environmental Agreements (MEAs), which attests to the country's willingness to deter environmental degradation and address climate change. In 2020, Rwanda became the first African country to submit its Nationally Determined Contribution (NDC) to UNFCCC, with ambition to reduce GHG emissions 38% by 2030.

Extending across several hills and valleys, Kigali, a city of one million, is renowned for being clean, safe and green. It is blessed with a moderate high-altitude climate that belies its tropical location and is conveniently located within a three-hour drive from main tourist sites.

In 2008, the city of Kigali won the United Nations Human Settlements Programme (UNHabitat) Scroll of Honour award for its many innovations in building a model, modern city signified by zero tolerance for plastics, improved waste collection and a substantial crime reduction.

Places to visit in Rwanda 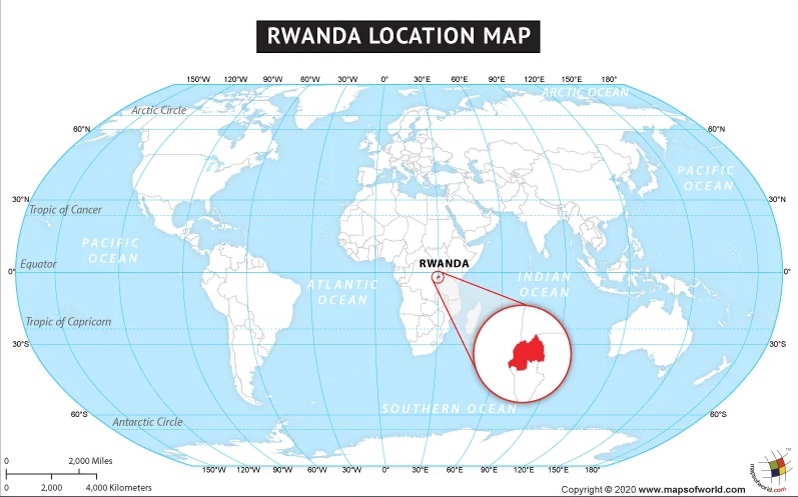 The sights and sounds of Rwanda

Rwanda has a temperate tropical highland climate, with lower temperatures than are typical for equatorial countries due to its high elevation. Kigali (1567m), in the centre of the country, has a typical daily temperature range between 12 °C and 27 °C, with little variation through the year. There are two rainy seasons but the periods of rain vary across the country and from year to year. The driest season is from June to September.

To receive information concerning the WCRP OSC 2023, please fill in the form available here, or contact us at WCRP-OSC23@wcrp-climate.org